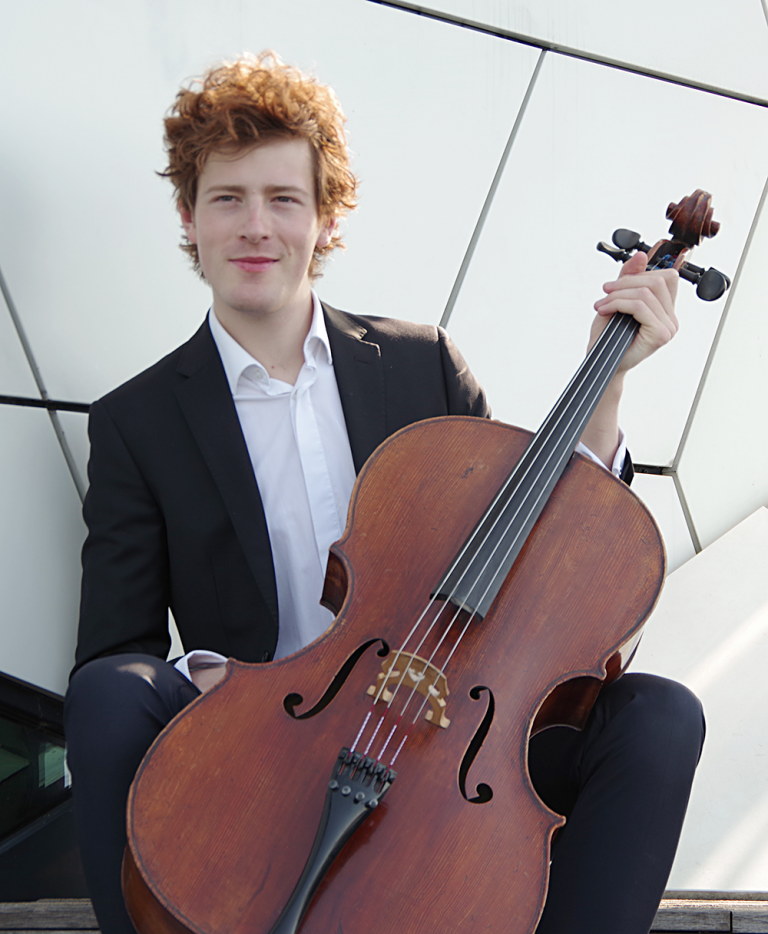 Kalle plays a beautiful Italian cello from 1870 built by Gaetano Chicchi, on loan to him from the National Musical Instrument Foundation. In addition to its intense warmth and colour, Kalle is very fond of the cello’s poetic character. He is very thankful to the NMF for the opportunity to play on this instrument.

The violin maker Gaetano Chiocchi was born in 1814 near Padua. Chiocchi had initially been studying philosophy and medicine, but at the same time he grew to become a very talented violinist and bassoonist.
In 1844 Chiocchi was appointed the musical director of the ballet theater of Padua. He became acquainted with Giuseppe Ceruti, who was not only a talented violinist but also an excellent violin maker, and whose influence likely inspired Gaetano to start making his own instruments. Even though Chiocchi was inspired by different luthiers, he was most likely largely self-taught. In 1858 he started signing his own instruments, of which he eventually amassed a fine collection of 50.